Our logo was the winner from proposals by 6 agencies in a call for entries process. Commissioned by the departments of foreign affairs of France and Germany, the logo marked the 50th anniversary of the Élysée Treaty, signed by Charles de Gaulle and Konrad Adenauer in 1963. We worked with the theme of convergence of France and Germany: flags approach each other and merge. The inauguration was at the Philharmonic in Berlin, attended by both heads of state. In 2013, the logo was used on communication materials for over 1,200 events worldwide. 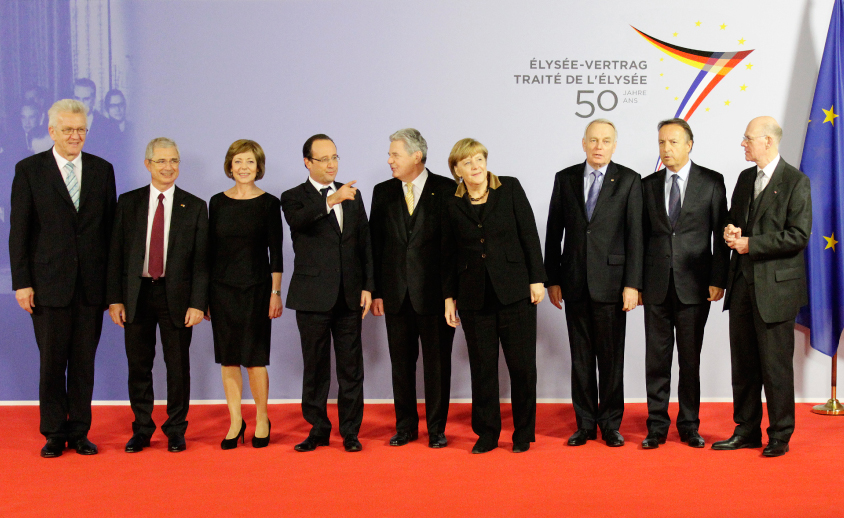 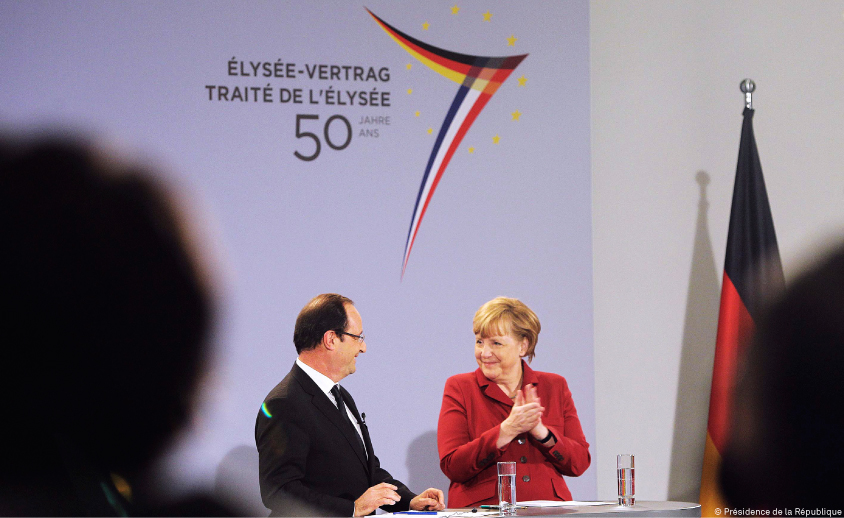 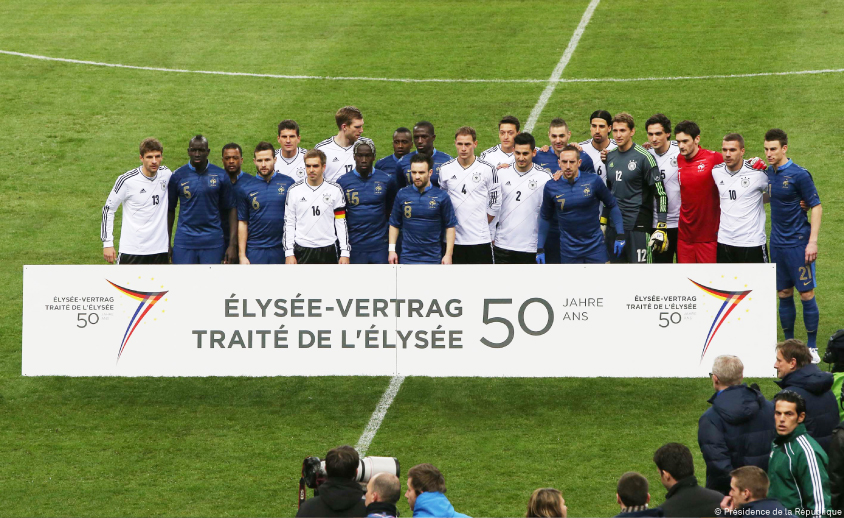 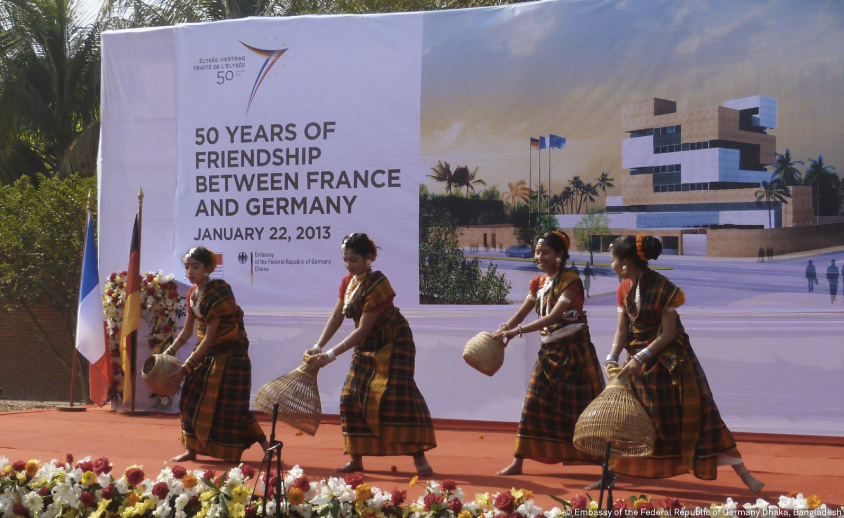 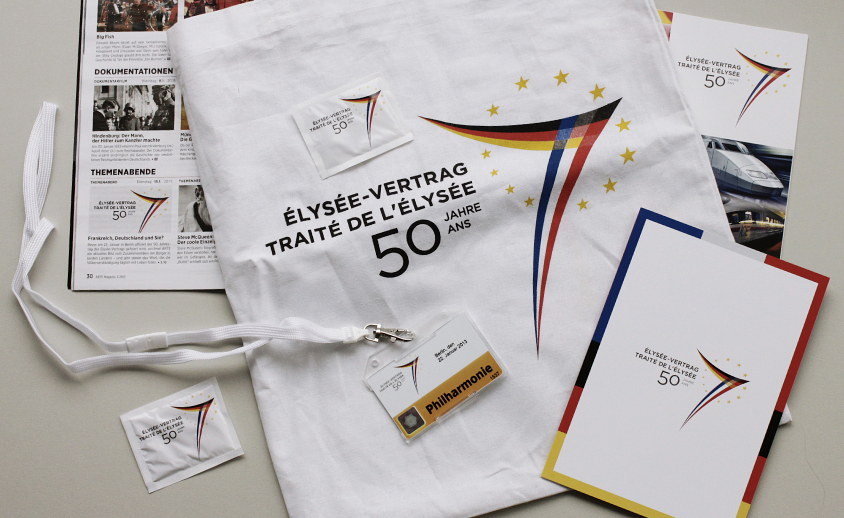